SUCCESSFUL IN OVER 95% OF OUR CRIMINAL DEFENSE CASES 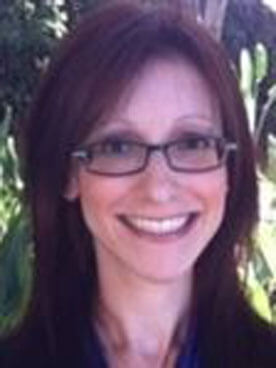 Get a FREE Consultation* all Fields are required

If you have been arrested, it is important for you to know your rights. You do not have to make any statements to law enforcement. You have the right to contact an attorney, and should do so immediately in order to protect your rights. Officers arrest based on probable cause, and often recommend to the Prosecutor what charges should be filed. However, officers are not prosecutors and do not make filing decisions. Only the prosecutor can decide whether to file charges, what charges to file, and whether those charges are felonies, misdemeanors, or infractions.

There is the period of time between the arrest and the filing of criminal charges. If you are still in custody, this time period is very short. If you are out of custody, there is usually more time between the arrest and when charges are filed. During this time lapse, Goldstein Legal Office can contact the Prosecutor and present information that will help minimize the charges filed, and in some cases, avoid the filing of charges altogether. Goldstein Legal Office will work quickly and efficiently during this time period to collect the most relevant and persuasive information to present to the Prosecutor.

If you are charged with a felony, you have a right to a Preliminary Hearing, where a judge determines whether the prosecutor has presented sufficient evidence that you are guilty of the offense. The standard of proof is probable cause, a lower standard than is required at trial. The prosecutor will present witnesses and evidence, and the defense has a right to do the same, but is not required to present any evidence. At the end of the Preliminary Hearing, if the judge finds sufficient evidence, he will “hold you to answer to the charge,” and the case will be set for another Arraignment. If there is not sufficient evidence, then the case may be dismissed or the charge is reduced from felony to misdemeanor. If you are charged with a misdemeanor only, there is no Preliminary Hearing – instead, after arraignment, the case is set for a pre-trial conference.

At this hearing on a felony case, the judge will again formally advise you of the charges and your Constitutional rights, and you will again be asked to enter a plea of “Not Guilty” or “Guilty.” If you plead “Not Guilty,” you have a right to a speedy trial within 60 days.

For felonies and misdemeanors, one or more pre-trial conferences will be held after the arraignment but prior to trial. These hearings are an opportunity for Goldstein Legal Office and the Prosecutor to discuss the case. A pre-trial conference is also the time to present motions to the court. Typical motions include motions to suppress evidence, motions to dismiss, and motions to compel discovery.

If you are charged with a felony or misdemeanor, you have the right to a jury trial where 12 members of the community will be chosen to decide whether you are “Not Guilty” or “Guilty” of each charge. At the trial, you have the right to confront and cross-examine the witnesses against you, the right to remain silent, and the right to present witnesses or evidence on your behalf. The prosecutor has the burden to prove you “Guilty” beyond a reasonable doubt. You do not have to prove that you are innocent of the charges. Goldstein Legal Office has the trial experience and courtroom skills that you need to fight your case at trial.

Award of Outstanding Service as President